Barcelona is one of the world’s most cosmopolitan cities, due to its extraordinary dynamism in the fields of culture, business, tourism and fashion.

The Mediterranean metropolis houses the old Gothic Quarter next to the famous Ramblas, the city´s central artery and gateway to the sea and clean sandy beaches. As you stroll, enjoy the people, the street artist, the buzz.

Barcelona also boasts treasures of Modernist architecture dating from the beginning of the 20thcentury, like the Sagrada Familia and the houses of Gaudí. Barcelona is also famous for its lively character, fashion and shopping facilities. 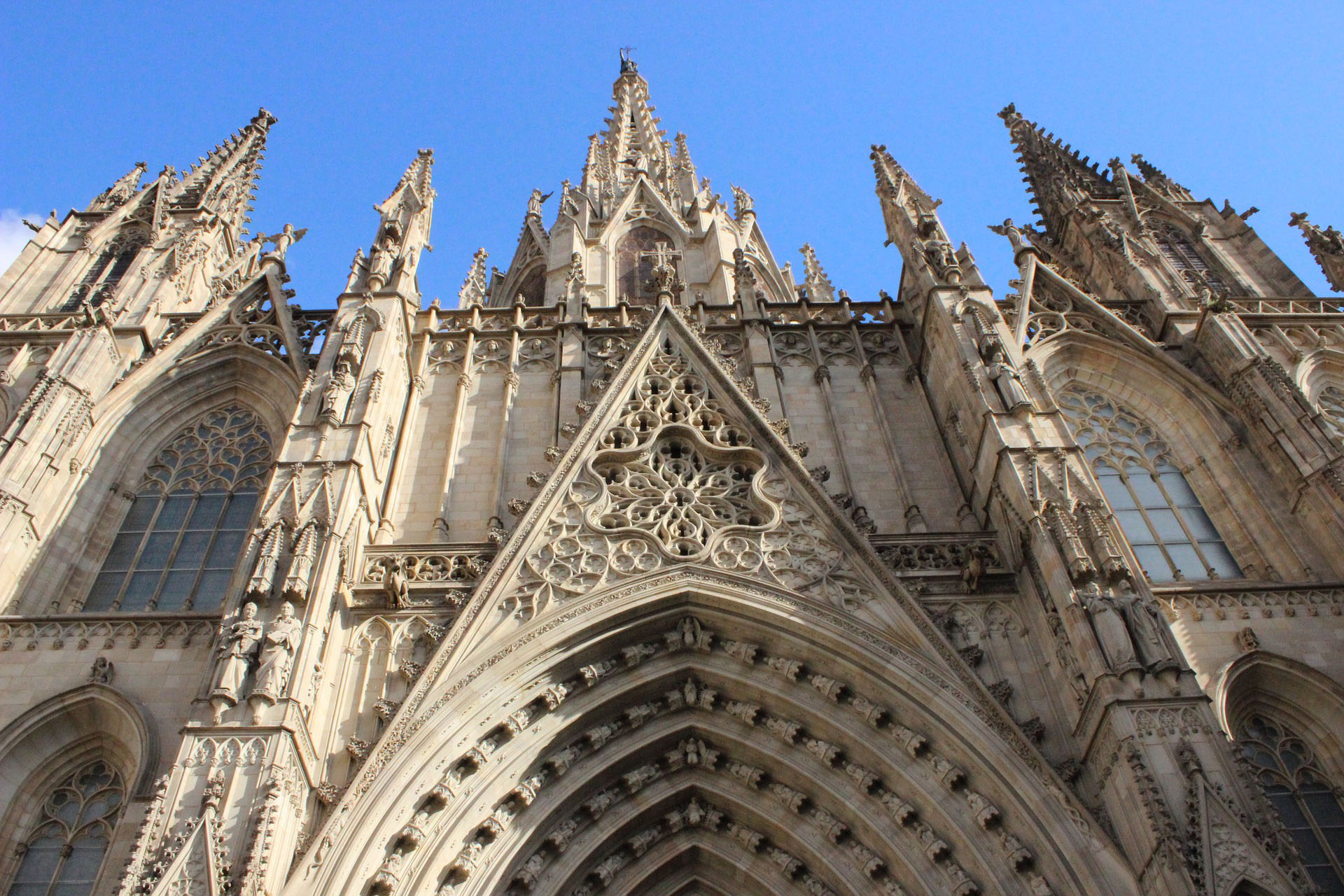 This tour to the Gothic quarter of Barcelona will take you through a labyrinth of streets up to an immersion in the history of the Mediterranean Sea itself. The main monuments of this oldest quarter, like the gothic and neo-gothic Santa Eulalia Cathedral, recall the period of commercial prosperity of the port city at the end of the Middle Ages. Its winding streets also reminisce about the ancient “Call”, home in bygone days to a dynamic Jewish community. During this walking tour, your private expert guide will take you to the most important religious and civil buildings of old Barcelona. The tour will end at the Rambla, the liveliest artery of the city. At the adjacent and colourful La Boquería market, you can savour the exquisite local products. Duration of the private guided tour: 3:30. 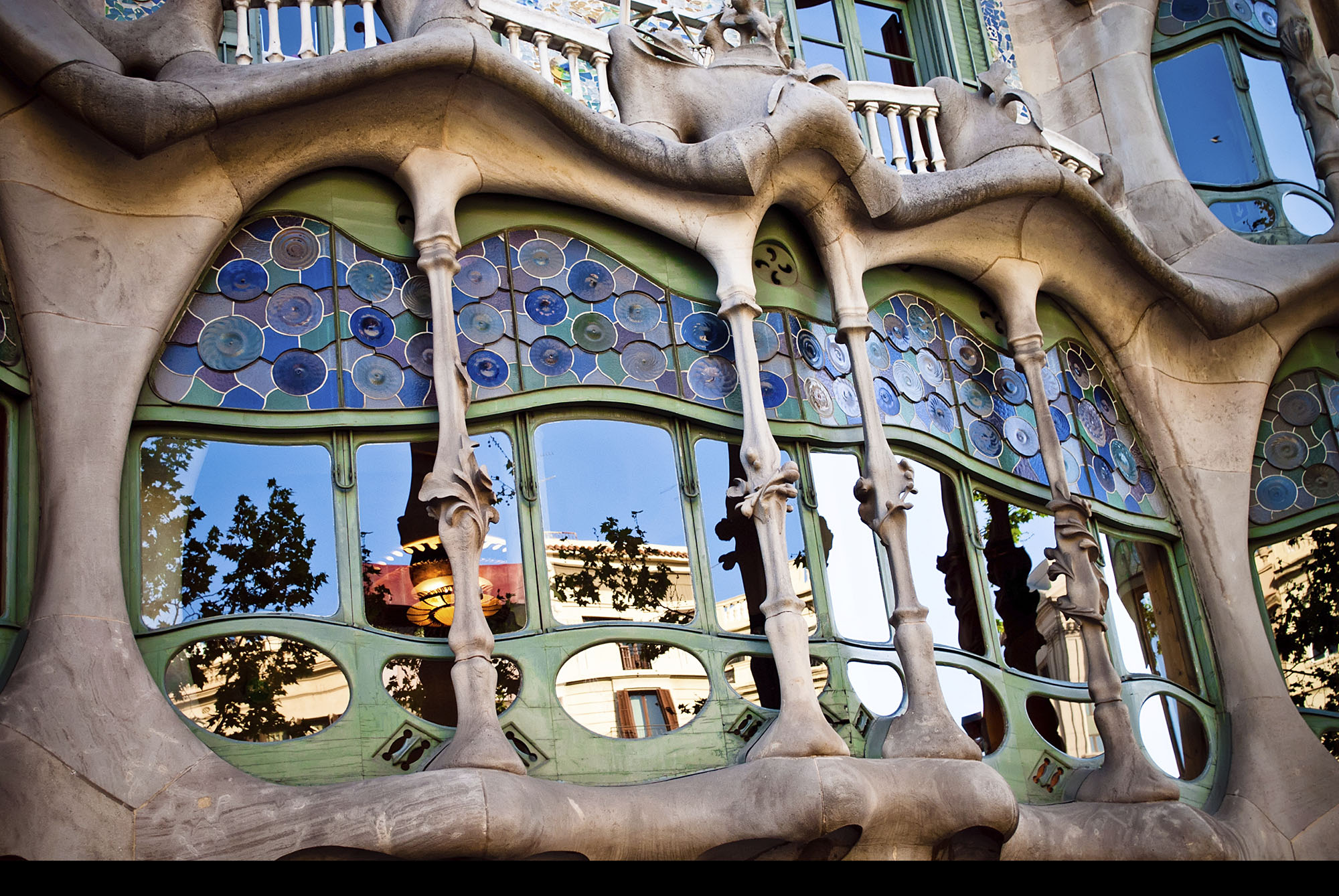 On this tour, our expert-guide will take you to get a close-up look at the works of this genius architecture. The tour starts with the visit to La Sagrada Familia, unfinished work and ultimate expression of what Gaudi and Modernism mean for Barcelona. Afterwards, you will move on to discover the most elegant boulevard of Barcelona, the Passeig de Gracia, where you can visit some of the most astonishing creations of Gaudi: La Pedrera and Casa Batlló apart from other exceptional architectures, contemporaneous of Gaudi: the house Amatller by Puig Cadafalch and the house Lleó Morera by Doménech i Montaner. Your private expert guide in art will help you interpret the creations of the Catalonian Modernist architecture. Duration of the Private tour with expert guide: approx. 4 hours. 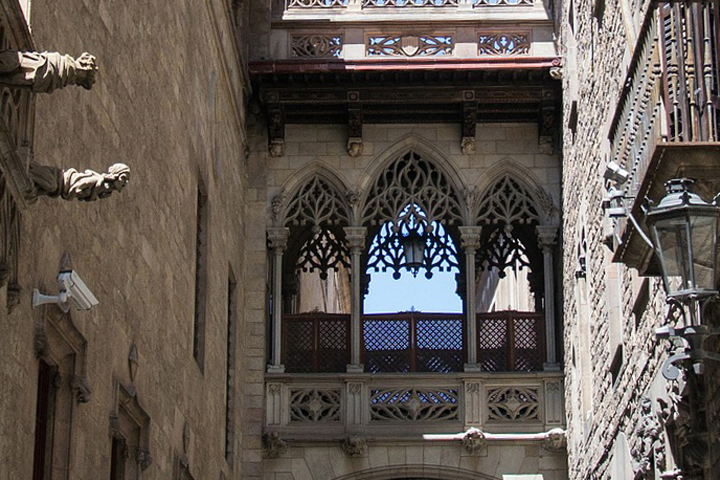 At the heart of the ancient Barcelona, founded by the romans more than 2000 years ago, there is the Jewish District, or “Call”, name given to all Jewries in the territory of Catalonia when it was part of the Kingdom of Aragon, back in the Middle Ages. Leaving from the Cathedral’s Square, the visit will take you to the past of this important Jewish Community that probably was already present in this area since the Roman’s arrival. You will walk through narrow streets, where you will discover the traces of a very flourishing community that had up to 4500 members in its heyday. The guide will talk about some of its most outstanding members, such as Shlomo Ben Aderet (Rashba) and Moshe Ben Nahman (Ramban), biblical commentators and great rabbis of Catalonia in the 13th century. Duration of the private tour with expert guide: 2h 30. 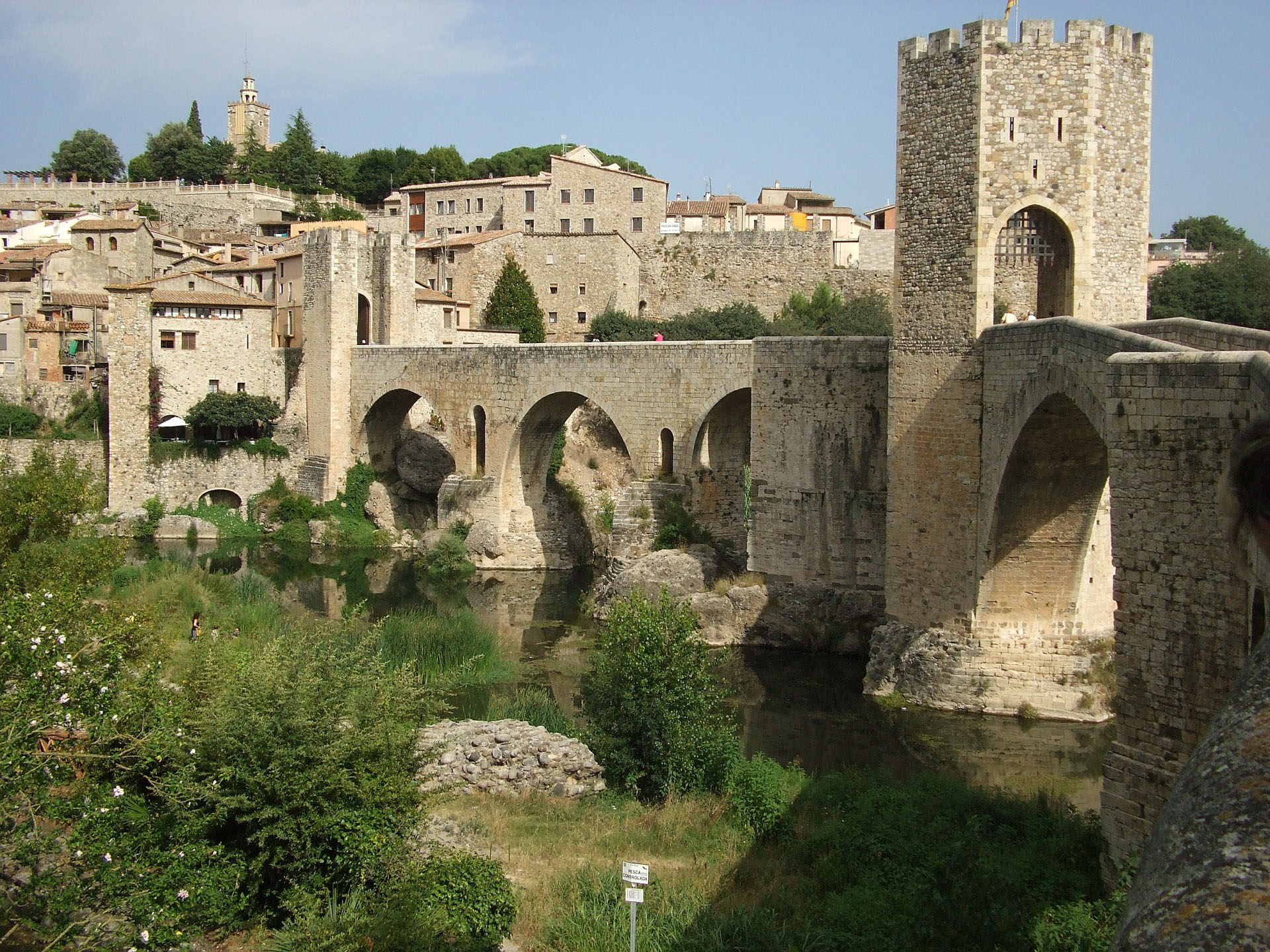 and its Hebrew past. The cathedral of Girona has the widest gothic nave in the world and its intriguing Jewish quarter or “Call” will transport you to the Catalonian Middle Ages in its deepest roots and its complex socio-religious relations. You will also visit the Museum of Jewish History. The tour continues in Besalu, a small village 30 minutes away from Girona that keeps its medieval architecture and urban structure. Besalu has the best preserved Mikve (Jewish ritual bath) in Europe. Duration: Tour includes private transport and private expert guide (8 hours). 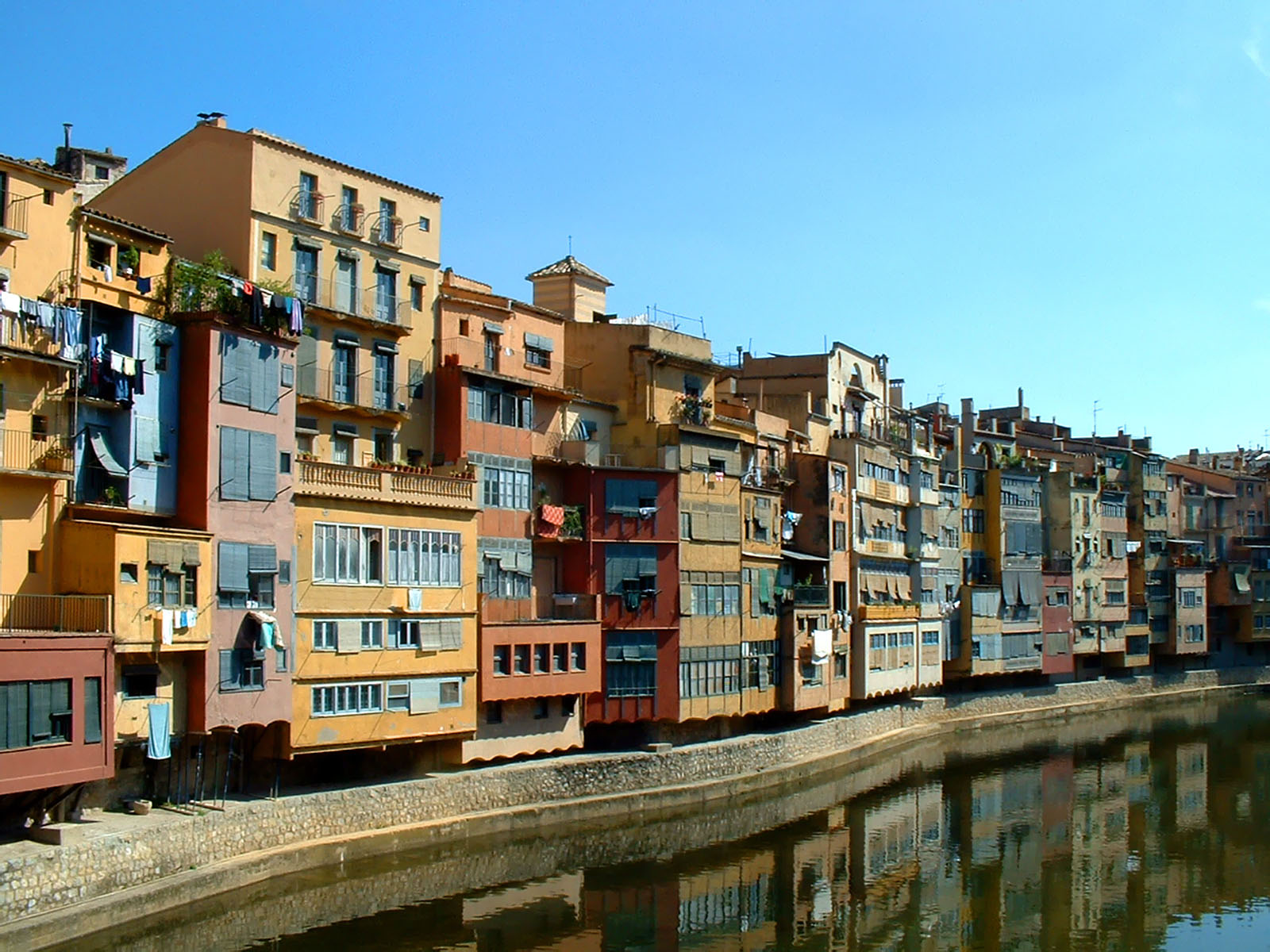 of the natural landscape of the Mediterranean Costa Brava. Girona is one of the best preserved medieval towns of Spain. Few miles away, your visit takes you to Figueres and the museum of the surrealist artist Salvador Dalí. Afterwards, the Costa Brava shoreline boasts with spectacular views, backdrop of mountains, lush flora and fauna. Duration: the tour includes private transport and private expert guide services (8 hours). 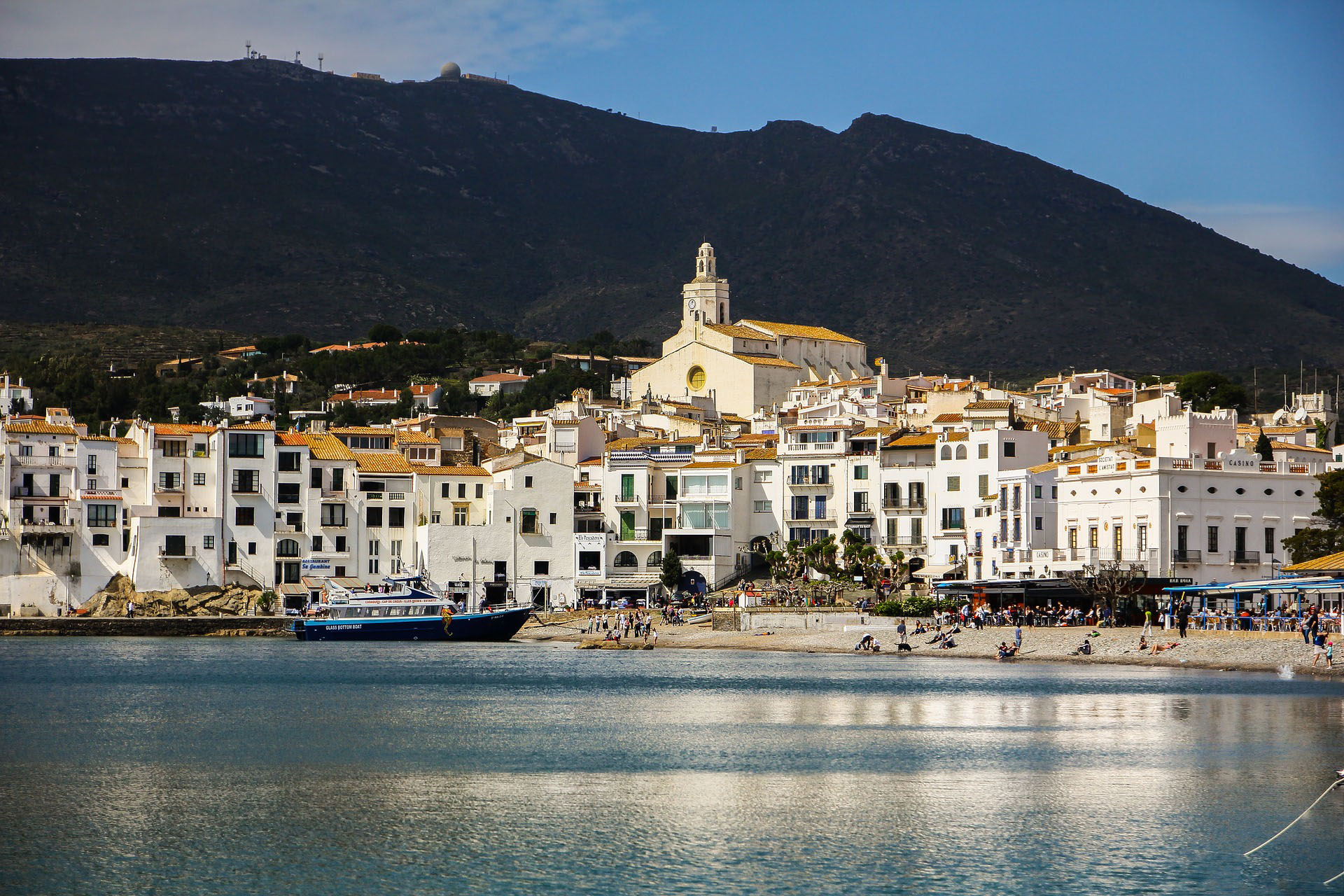 THE COSTA BRAVA AND GIRONA

This daytrip combines history and art with the beauty of the natural landscape of the Mediterranean Costa Brava.
The Costa Brava shoreline displays spectacular views of hidden bays surrounded by mountains and a lush flora. Cadaqués is a mythical town located in the east end of the Iberian Peninsula. This charming fishing village became the preferred holiday destination of innumerable artists and intellectuals such as Picasso, Miró, Melina Mercuri and Dalí.
The Portlligat Museum-House is the residence where Salvador Dali fixed abode and mainly worked from 1930 to 1982. His house, formerly the hut to a small group of fisherman, has a capricious and labyrinthine structure, reflecting the mind of the surrealist genius.
In the Inlands, Girona is one of the best preserved medieval towns of Spain. Wander through the narrow streets and the ancient Jewish Quarter and admire the majesty of its Cathedral.
Duration: the tour includes private transport and private expert guide services (9 hours).
Lunch en route (not included)
Important: If you wish to visit the Portlligat Dali’s house, it is necessary to book the tour long in advance because of the restricted capacity of the Museum-House. 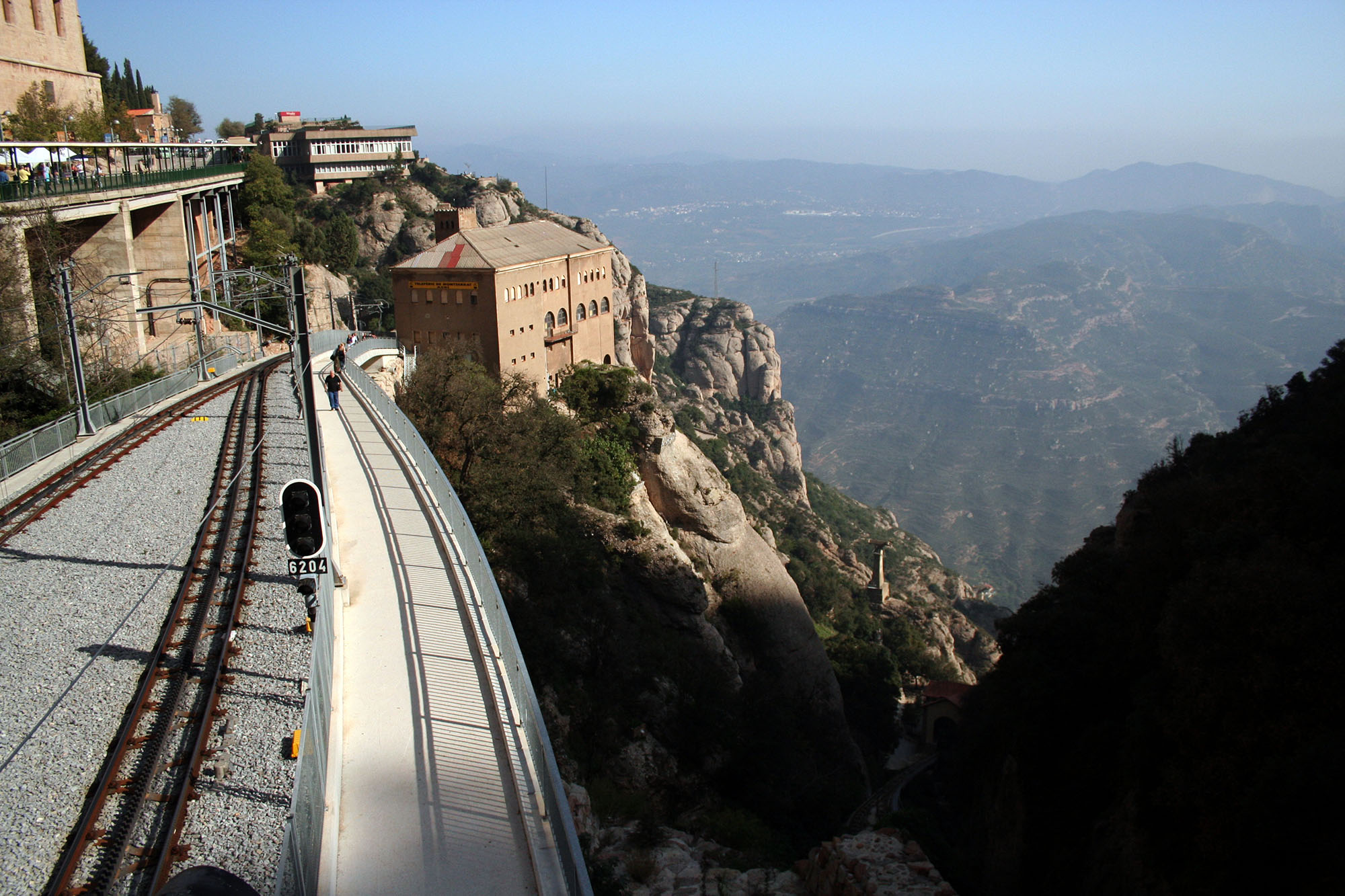 This daytrip excursion combines mystical sensations and exhilarating emotions, by exploring the Penedés wine region where the famous cavas are producedm, and the Montserrat Sancturary, one of the most important spiritual centers in Spain.
North-west of Barcelona, the Penedés county produces wonderful wines and the famous cavas, the local equivalent of Champagne. It is here where you will visit the oldest and most renowned winery, a masterpiece of Modernist architecture from the end of the 19th century. You will discover the fascinating underground cellars, the traditional grape presses and fermentation machinery, as well as the taste, of course, of two premium range cavas.
Few miles away, the Montserrat Sanctuary stands proud and silent on a massive rock over 4000 feet high. The spectacular mountain houses a Bededictine monastery nearly 1000 years old, a library with almost 300,000 volumes, mysterious hermitages and chapels, like La Moreneta (Black Madonna), the patron saint of Catalonia. They are all scattered over the impressive massif, from where you may contemplate extraordinary views.
Duration: 7 hours. Includes expert guide services and private transfer. Lunch en route (not included) 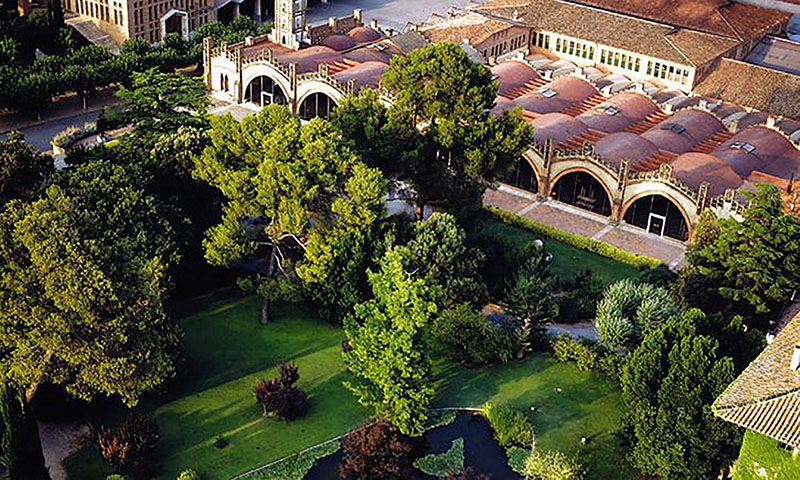 During this exclusive tour, you will visit a winery with more than 450 years of history in a bewitching setting in the Penedés region. The oldest winemaking traditions, innovation and expertise have engendered the cavas, this Catalonian version of Champagne with a very particular personality.
The winery that you will visit in an exclusive way, accompanied by an expert guide, possesses fascinating underground cellars and a marvelous architecture designed by the Modernist Josep Puig I Cadafalch (Gaudi’s coeval) at the end of the 19th century, now declared National Historical-Artistic Heritage.
During the visit, you will explore the property, the cellars and the Modernist architecture, along with the traditional grape presses and fermentation machinery. You will learn about the autochnonous grapes varietals of the Penedés and the elaboration process and aging of cavas. You will also taste, of course, two premium range cavas in a private lounge...
Duration of the private tour of the winery: 2 hour. Distance from Barcelona: 1 hour drive. 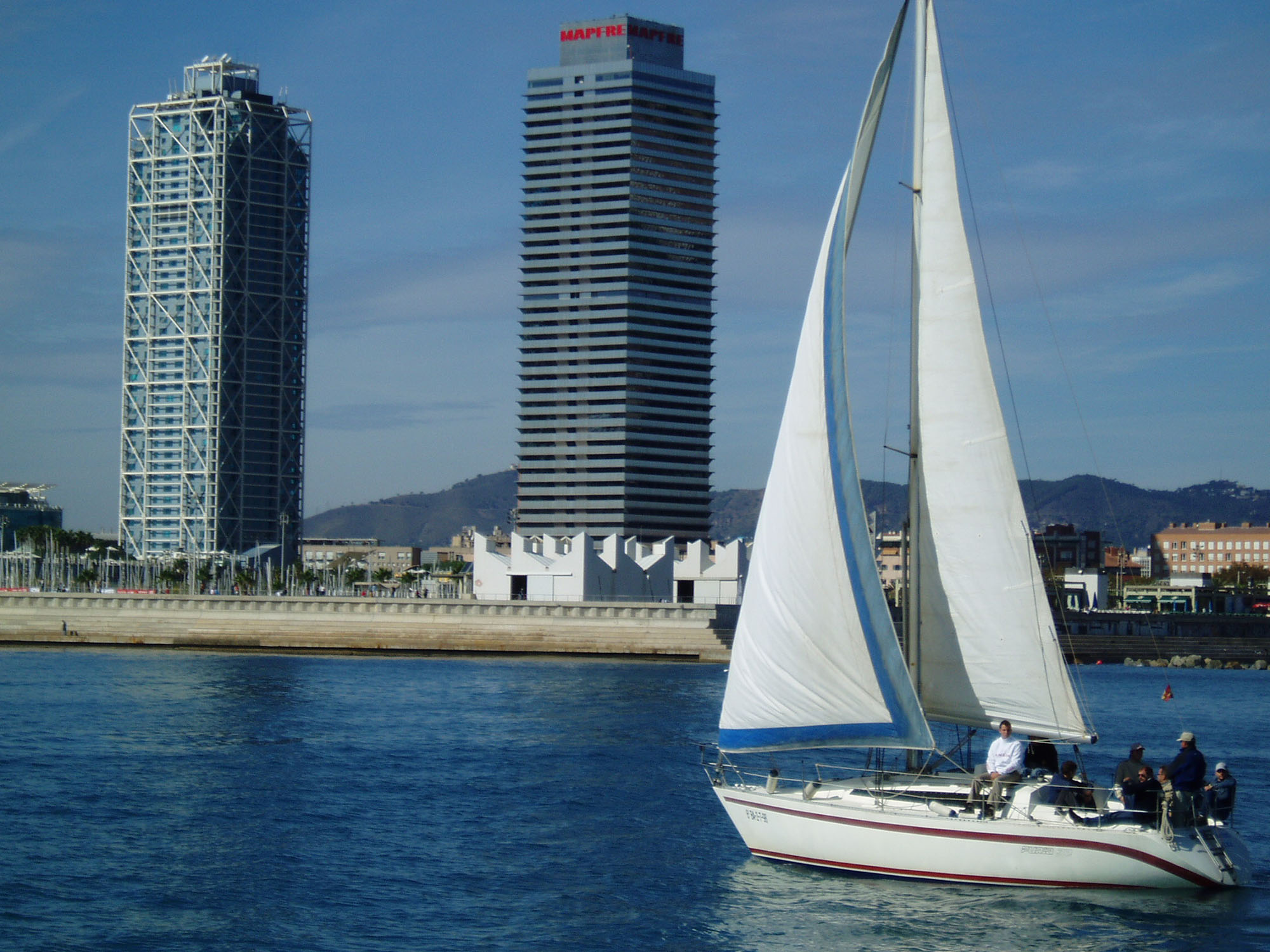 BARCELONA FROM THE SEA

Watch the sunset from a boat, have a romantic dinner by moonlight or simply enjoy bathing in the sea. Enjoy unforgettable boat experiences and the spectacular view of Barcelona’s skyline from the sea. You can choose going on a relaxing private tour of 2.30 or 4 hours, the sunset tour of 2 hours (including cava) or the romantic tour of 4 hours (including the sunset tour and intimate dinner) from Barcelona to Sitges. If you like watersports such as jet-skiing, flyboarding, sky-wave, kayaking, etc., just ask us!


Facing the Mediterranean, Barcelona has throughout its history been wide open to cultural currents and trends from overseas. The second largest city in Spain, with 1.6 million inhabitants, it enjoys its status as one of the world’s major global cities, for its particular dynamism in the fields of culture, foreign investments, tourism or fashion. Its chronicle starts in the late Antiquity. A legend says that the Carthaginian Hamilcar Barca –the father of Hannibal- named the city Barcino, but it is unquestionable that the Romans established the coastal plain bounded by the verdant Collserola mountain range the primitive urban nucleus, with a grid plan still visible today in the layout of what is now called the Gothic Quarter.

This ancient neighbourhood tells the story of the prosperous destiny of the Mediterranean town. It thrived under the rule of their counts (9th-12th century), who gradually conquered all of Catalonia. Its incorporation in the Crown of Aragon, through a dynastic union in the midst of the 12th century, and the later expansion in overseas possessions –Naples and Sicily, and even Athens- initiated the golden age of Barcelona as a leading commercial metropolis in the western Mediterranean. The Gothic Quarter reflects this period of prosperity and autonomy, through the vast quantity of monuments it possesses, such as the Cathedral of Santa Eulalia, or the Church of Santa María del Pi.

The discovery of America, which supposed a spectacular shift in the global trade routes, was a point of inflection, and Barcelona, as most of the Mediterranean harbours, lost its prominence. Much later in the 19th century, the northern Spanish city experienced a spectacular urban and industrial development. At the turn of the 20th century, Barcelona expanded with wide and elegant boulevards, and striking buildings of the modernism, artistic and architectural style led by Gaudí, creator of several houses (Casas Battló, Vicens, Milá…), Park Güell, and the astonishing and unfinished Sagrada Familia, all listed as World Cultural Heritage by UNESCO.

The organization of the Olympic Games in 1992 gave another impulse, providing modern infrastructure worthy of the cosmopolitan city and new seafront promenades with clean beaches. In its heart, Barcelona keeps the Rambla as its main artery, a continuous bustle of street artists and a stage for thousands of plays of urban life, leading irresistibly to the sea.

If you not change browser settings, you agree to it. Learn more